Robert Downey Jr. is a producer and actor hailing from New York. He’s best known for his roles in the TV series Ally McBeal, the movie Due Date, and his role as Iron Man in several Marvel Cinematic Universe movies, alongside playing Sherlock Holmes. 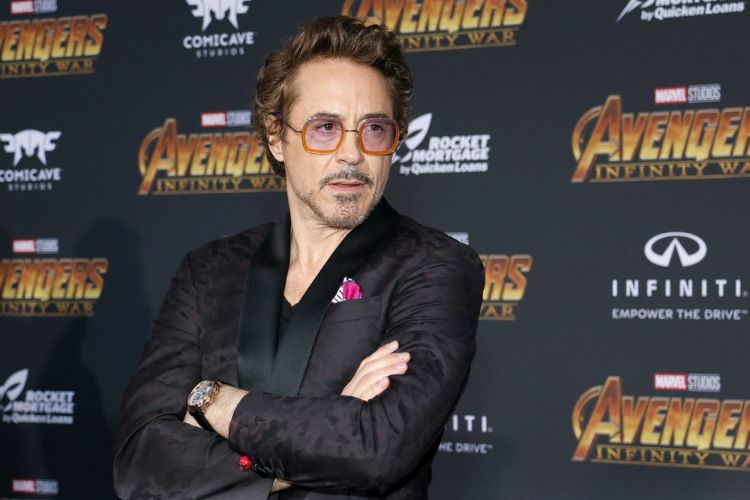 He was born Robert John Downey Jr. in Manhattan to his mother, Elsie Ann, and his father, Robert Downey Sr.

His father was an ex-army veteran who’d taken the name of his stepfather.

Robert Downey Sr. is of Lithuanian, Jewish, Irish, and Hungarian descent. He passed away in 2021. Elsie Ann was an actress who appeared in many of her husband’s films and was of Scottish, Swiss, and German ancestry. The family lived in Greenwich Village.

Downey Jr. was raised alongside his sister Allyson, who also became an actor.

Robert Downey Jr. played several uncredited childhood roles in his father’s films, including Pound (1970), when he was just five years old and Greaser’s Palace (1972), and Moment to Moment (1975).

He studied ballet in England from age ten and later enrolled at a prestigious performing arts training center in New York.

When his parents divorced, he moved to California with his father. But he would soon return to New York City to pursue acting.

Eventually, he made his way back to California to explore Hollywood, staying with fellow actor Kiefer Sutherland while trying to launch his budding acting career.

Downey worked in the theatre when beginning his career, and he enjoyed a short stint with the cast of Saturday Night Live. His first real performances came in the movies Tuff Turf (1985) and Weird Science (1985). His first lead role was alongside Molly Ringwald in The Pick-up Artist (1987), but it was the 1987 film Less Than Zero earned him critical acclaim and opened doors to bigger budget films. He appeared in Chances Are (1989), Air America (1990), and Soapdish (1991).

He received a Primetime Emmy Award and won the Golden Globes for Best Supporting Actor thanks to his work on the TV series Ally McBeal.

During this time, he recorded a duet with Sting, “Every Breath you Take,” which appeared on an Ally McBeal album and in an episode of the series.

His career was besieged by substance abuse and legal troubles, following massive success, though he found success later in his career. Following a stint in rehab, it was difficult to find work. Many completion guarantee services wouldn’t insure him. Thanks to Mel Gibson paying his insurance deposit, he appeared in the Singing Detective in 2003 before starring alongside Halle Berry and Penelope Cruz in Gothika.

In 2004 he released his debut musical album, The Futurist. Robert also acted in smaller semi-independent projects around this time, including Goodnight and Good Luck (2005) and Fur (2006). He appeared in a voice-over episode for Family Guy in 2006 and appeared in Zodiac in 2007.

Although he’d already reached great heights, he found even greater commercial success in Iron Man and Tropic Thunder, both released in 2008. He received a Best Supporting Actor nomination for his role in Tropic Thunder before going on to appear in the Soloist and Sherlock Holmes.

Downey Jr. reprised his role as Tony Stark in Iron Man 2, Iron Man 3, and Avengers Assemble (2012), several other Marvel films, including Spider-Man and Captain America, all of which culminated in Avengers: Endgame. Overall he played the role of Tony Stark in over ten movies, keeping him tied up for much of the 2010s. He was the host of a documentary series in 2019 titled The Age of AI. He also starred in the movie Dolittle in 2020 and has upcoming projects scheduled with Dexter Fletcher and Jamie Foxx.

Robert Downey Jr is one of the most successful celebrities to have publically battled addiction, proudly remaining sober since 2003, after losing his role in Ally McBeal and facing several drug charges, plus rehab stints before being sober.

Downey married fellow producer Susan Levin in August of 2005 in New York. They’ve launched their own production company, Team Downey. The couple has two children, a son, Exton Elias, born in 2012, and a daughter, Avri Roel, in 2014. The current family residence is located in East Hampton, NY.

Forbes credited Downey Jr with being the highest paid actor between 2013-2015, and he’s currently thought to be worth over 300 million dollars.

Like many celebrities, Robert Downey Jr. has taken the step of trademarking his own name. Trademarking your own name makes managing and controlling your professional branding easier. Following its first use (commercially) in 1983, his name was registered in 2010 for use in:

More: Trademarking your own name

Intellectual property is precious; it can be worth more than physical property, with famous disputes running into the millions. You must protect your unique branding, especially if you’re a box office legend and Academy Award winner such as Robert Downey Jr. He has enjoyed a turbulent career and found massive commercial success as part of the Avenger‘s cast. However, he currently owns just one trademark and shows no signs of submitting additional trademark applications.

Protecting your unique branding is as easy as submitting a trademark application with the USPTO. Registered trademarks can be protected from unfair use and infringement.